The Central Pollution Control Board (CPCB) has asked Maharashtra to conduct an investigation on industrial effluents polluting the Waldhuni river in the Mumbai Metropolitan Region (MMR) during the lockdown.

Vanshakti, an environment group had appealed the Supreme Court (SC) about pollution in the Waldhuni and Ulhas rivers. The group informed the CPCB that despite the lockdown being enforced, industrial discharge from units in Ambernath is polluting the river. “Industries have always abused the pollution abatement laws, and despite lockdown orders, they continue to discharge chemical effluents into Waldhuni. Even though the matter is being heard by the SC, these industries are getting a free run,” said Stalin D, director, Vanshakti.

A CPCB official in-charge of water quality, requesting anonymity, said, “We have received photographic and video evidence by the SC petitioner of increasing air and water pollution at Waldhuni river due to various industries at Ambernath Maharashtra Industrial Development Corporation (MIDC) zone. We have asked the state to investigate and submit a compliance report to us at the earliest.”

The official shared a letter with HT, which was issued to the member secretary, Maharashtra Pollution Control Board (MPCB) with the said directions.

MPCB’s regional officer SL Waghmare confirmed that violations were underway. “We are aware of rising water pollution in this zone. However, MPCB is not listed under ‘essential services’, and thus we have not been able to investigate the matter. Following CPCB directions, a team of officials will inspect which industries were functioning during the nationwide lockdown, and necessary action will be taken against them,” he said.

MIDC superintendent engineer for MMR Kalidas Bandekar said, “All industries as directed under essential services such as sanitiser production etc. were functioning through the lockdown and a few other pharmaceutical industries as well. Some of them may have discharged effluents post activities but only MPCB can tell whether there was any violation.”

Local residents said chemical effluent discharge at northern portions of the river had turned black. “We have taken several videos between March 23 and April 20 of trucks moving from these industries and dumping chemical waste into the river. We will provide any assistance needed to MPCB for their investigation,” said Satyajit Burman, a social activist from Ambernath.

In April 2019, the bench had pulled up the Maharashtra government for its lackadaisical attitude on the condition of the rivers and directed the state’s principal secretary (environment) to oversee an improvement in water quality. During the last hearing in February, the SC bench had noted that the Ambernath civic body had completed 97% of river restoration work in the form of sewage treatment from domestic households. “The industries, however, have taken the advantage of the lockdown and polluted the river again,” said Stalin. 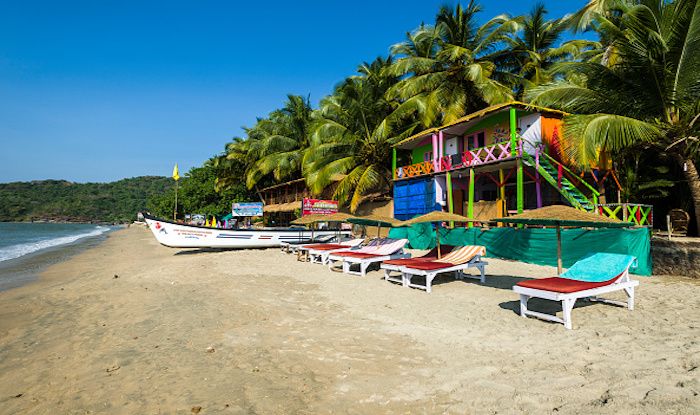